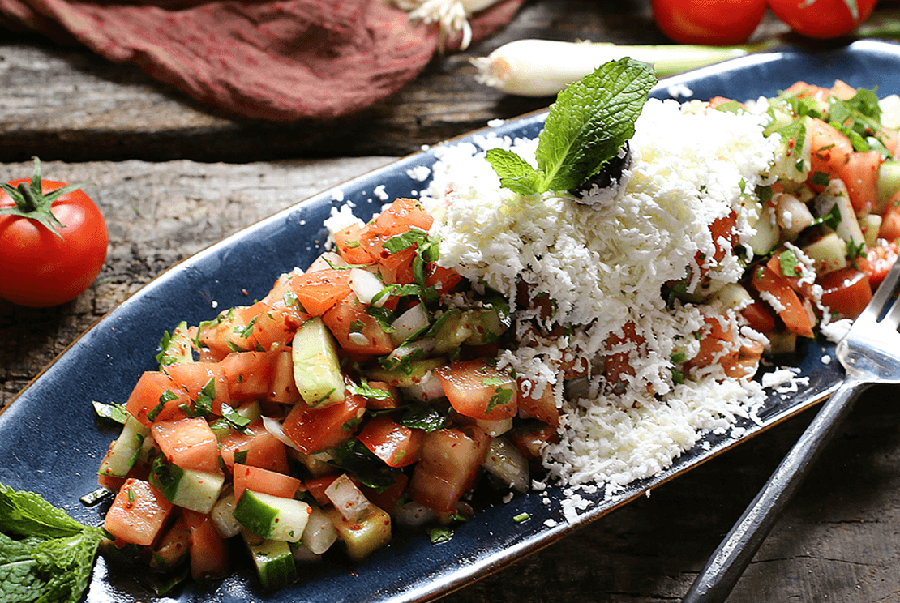 Chunks of tomatoes, green peppers, cucumbers, onions, parsley, olive oil, red vinegar and pomegranate juice Add Chicken , Filet Mignon , Shrimp , Cheese.
We called it Çoban (pron: choban) Salatası in Turkey.Çoban actually means shepherd. In other countries it has a similar name. It is made from the most easily found ingredients during the summer season.Its the main salad of Turkish cuisine