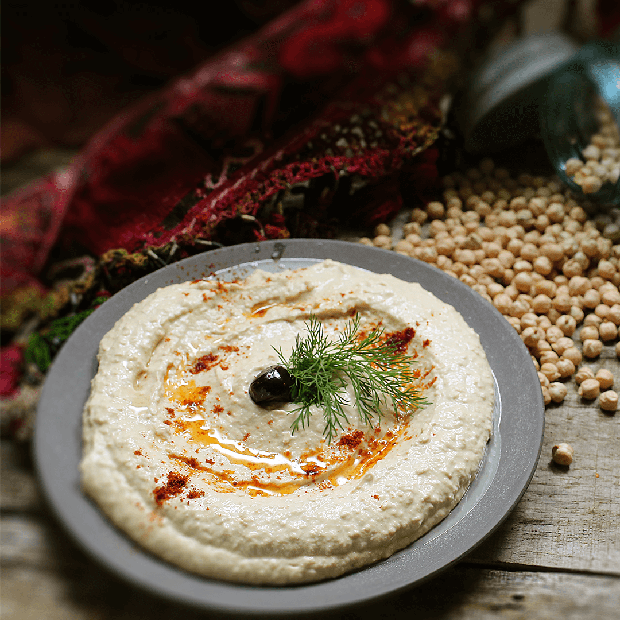 Chickpeas mashed into a paste with lemon juice and flavored with tahini
The earliest known written recipes for a dish resembling are recorded in cookbooks written in Cairo in the 13th century. A cold purée of chickpeas with vinegar and pickled lemons with herbs, spices, and oil, but no tahini or garlic… This version you will taste is the result of years of accumulation.

Hummus , one of the first delicacies to come into your life when you meet Istanbul Bay. The recipe comes from the Turkish mothers, the heart of Turkish cuisine. Hummus , which is one of the indispensable tastes of Turkish cuisine, is formed by the combination of rich spices in our special recipes. Those who are familiar with these flavors, familiar to those who know the Mediterranean cuisine, become the fan of Turkish cuisine.