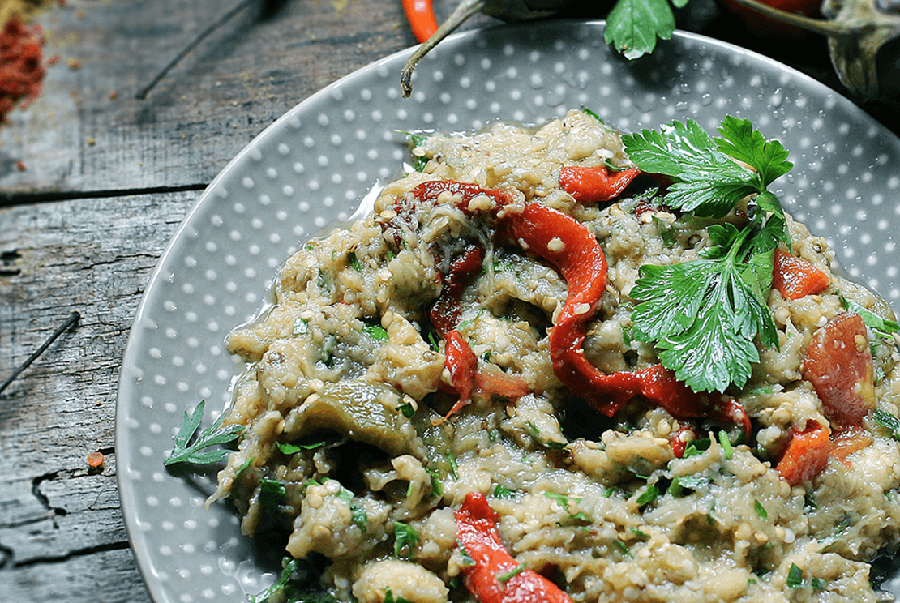 Charcoal grilled eggplant, tomatoes, green bell peppers, red bell peppers flavored with garlic, herbs and parsley, lemon juice and olive oil
Eggplant salad is a meze which known as patlıcan salatası In Turkey. The version that you will taste with cut eggplants can be found in southern Turkey, especially in Antakya.